Why torture yourself & pump your kids' brains full of rinky-dinky kids' music?

It's time to change up your kids' playlist and start listening to songs that will spark their creativity, joy, and confidence - with the added bonus that YOU (Yes, YOU the PARENT) will have fun, too!

Get VIP ACCESS. Stay updated on new music & get special access to behind-the-scenes making of the music - and more! 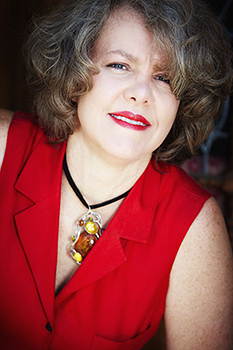 Tired of listening to the same old, cookie-cutter children's music?

Is it possible to make funky fresh music that appeals to both toddlers and parents alike?

If you ask MrBoodaddy (aka Jeff Fajans), the answer is an emphatic yes.

Far from most cookie-cutter songs written for toddlers and children, MrBoodaddy’s music captures the authenticity, joy, craziness, and fun of toddlers and parents experiencing the world together.

MrBoodaddy pursued the life of a professional musician in his youth, but eventually, life happened - as he completed graduate school, took on steadier jobs, and dedicated himself to his family. But no matter how much he settled into his new lifestyle, he never lost his love of music.

When he had his first child on December 29th, 2018, he named the boy Hendrix (after his all-time favorite musician & guitarist) and found the inspiration to reignite his musical career – this time focused on creating music for and about his son’s experiences as a developing toddler.

MrBoodaddy made his official debut in 2019 with ‘The Hendrix Experience: Year One.’ Filled with energetic rhythms and wild imagination, the album displayed a refreshing new take on the children’s music genre.

The 2020 follow-up ‘Pat Your Belly Like A Hippo’ expanded on that formula while introducing a new funky, eclectic edge.

His release, Trash Truck (2021), drew upon the emerging determination and rebelliousness of year #2.

Currently, MrBoodaddy is exploring new ways of building connections between kids and adults through his one-of-a-kind brand of music.

For Halloween 2021, MrBoodaddy released the single, Daddy Skeleton, inspired by his son's abnormal obsession with all things Halloween since early Summer that year - and the skeleton-themed hide-&-go-seek + chase game that he and his son played.

MrBoodaddy's latest release, No Bare Po Po's on the Couch, is out now on all streaming platforms, and continues the Kids Music That Actually Rocks legacy!

Currently, MrBoodaddy is exploring new ways of building connections between kids and adults through his one-of-a-kind brand of music.

Expect a new album release in early 2022 that will push the boundaries of kids' music even further!